The Director of the Energy Business Area of ​​the Aragonese company SAMCA, Javier del Pico, has been appointed new president of the board of trustees of the CIRCE Foundation. The appointment occurred during the annual meeting of the Board of Trustees, the highest governing body of the entity, unanimously. 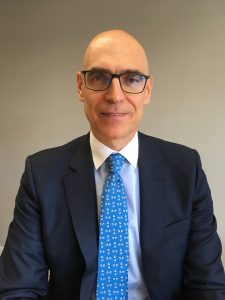 Javier del Pico (Zaragoza, 1971) has served as Director of the Energy Business Area in the SAMCA Group for 23 years. Among other responsibilities related to the support in energy matters to the remaining areas of SAMCA, it leads the development and exploitation of an electricity generation capacity exceeding 500 MW, distributed in cogeneration plants, wind farms, thermoelectric solar plants and solar power plants photovoltaic, capacity to which new projects will soon be added in the final phase of development. Although Del Pico has developed a large part of his career at SAMCA, he started as a fellow at CIRCE in the summers of 1994 and 1995, destined at the ‘Teruel’ (Andorra) and ‘Escatrón’ thermal power plants.

Del Pico faces this position with the “maximum responsibility” and aligned with CIRCE’s commitment to promote the improvement of energy efficiency and the deployment of renewable energies through the development of R & D & I activities and training actions that meet the needs of the national and international productive sectors, contributing to sustainable development.

Similarly, it extols the work of CIRCE, which it considers “one of the main technological centers of international reference in the field of energy” and values ​​innovation as a “determining factor” within the business fabric. “The massive use of renewable resources, energy efficiency in consumption, the development of storage systems, smart electricity networks, electric mobility, the use of hydrogen, are just some of the areas that are going to demand great innovations to to be able to make compatible the levels of quality of life and progress that we demand as a society, with the urgent need to reduce human influence in climate change, ”argues Del Pico, which emphasizes that“ companies need support from the technological centers that allow reducing the times and risks inherent in innovation processes ”.