The SIMPLA (Sustainable Integrated Multisector Planning) project has concluded with relevant results in sustainable energy and urban mobility. Throughout its three years of life, it has managed to support various local authorities in Spain, Italy, Croatia, Bulgaria, Romania and Austria to harmonize its Plans of Action for Climate and Sustainable Energy (PACES) (former PAES) and its Sustainable Urban Mobility Plans (PMUS). 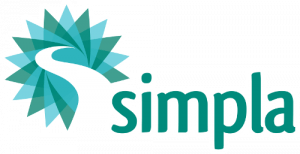 In this way, SIMPLA has accompanied various municipalities in the promotion of sustainable energy and mobility in their respective population

It is, through technical advice, specialized training and active support in the application of different pilot actions. Within these actions, the international consortium that forms SIMPLA has developed a guideline of guidelines that provides a full range of practical recommendations, templates, international case studies and easily replicable energy saving packages that can be consulted on the project website (http: //www.simpla-project.eu/es/guidelines/).

SIMPLA is a project funded by the European Commission with 1.5 million euros under the H2020 program. The project began in February 2016 and ends this January meeting expectations.

The actions carried out in the SIMPLA Action Plans were established for municipalities and / or associations of small and medium municipalities and with different starting situations: non-existence of both plans or need to review and update one of the two plans or both of them.

The Zaragoza technology center CIRCE has been responsible for coordinating the work carried out in Spain, supporting the municipalities of Benidorm, Córdoba, León and Monzón in the development of the plans. The implementation of these harmonized plans that combine energy and sustainable urban mobility allows maximizing synergies between the different departments and multiplying their economic, social and environmental benefits. CIRCE has completed these tasks with an intense training package aimed at local authorities to improve their capacity for strategic planning and technical advice.

Thus, SIMPLA has managed to promote the reduction of energy consumption, the improvement of accessibility of urban areas, the sustainability of mobility and transport and increase the renewable capacity of localities; improve administrative decision making when developing action plans of this type; and extend the production of sustainable and comprehensive energy policies, as well as planning tools aimed at sectors of activity that have the greatest potential for energy savings (building, urban freight transport and urban mobility).

It should be noted that the implementation of the harmonization of the PACES and the PMUS (or their corresponding ones depending on the country) has been implemented in more than 40 municipalities at European level of different sizes and will be replicated in municipalities of 12 other EU countries .

After the SIMPLA experience, CIRCE will continue to promote sustainable energy and mobility by supporting all locations that are interested in developing (or reviewing if they already exist) in a harmonized manner a PACES, a PMUS or any other strategic plan at the local level.